Yuzu Homestay is filled with delicious fragrance if fresh yuzu. Kim, host of Yuzu serves tea to all of her guests, fresh from Jeju Island, her hometown. She not only has prepared this traditional Korean tea to warm up her guests, but also prepared many activities to be engaged with great traditions of Korea. It is a great time to check out this sweet homestay while it is on promotional sale! 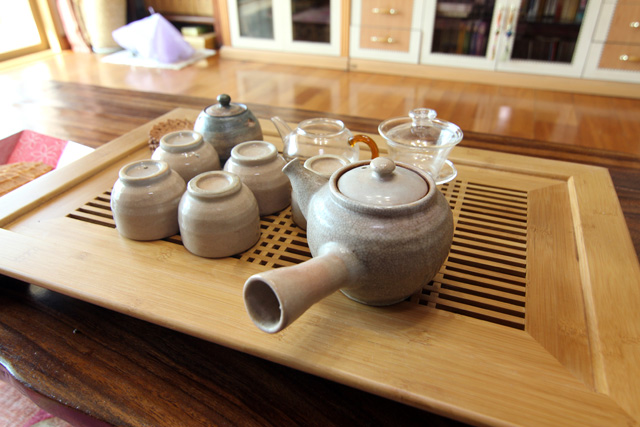 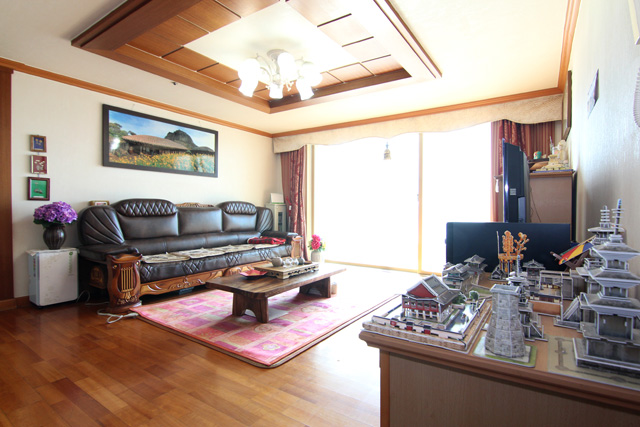 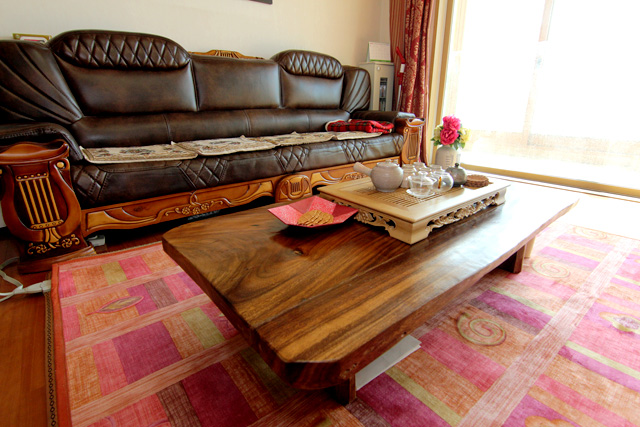 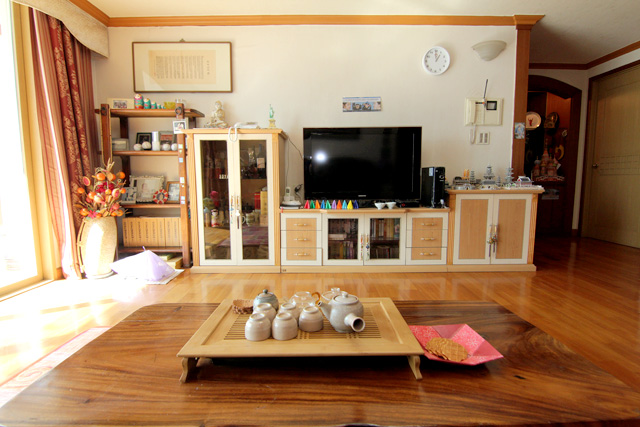 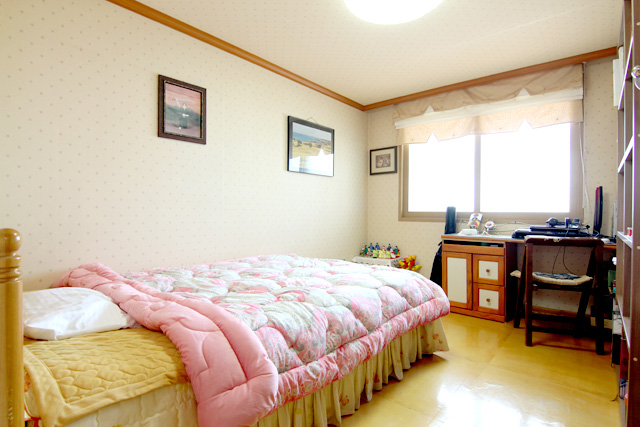 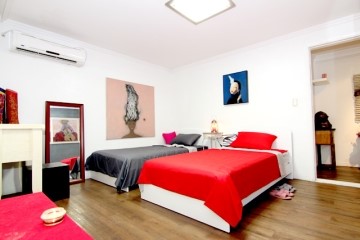 Today’s daily kozaza stay features Artists’ Atelier, a homestay in Seoul located in Seocho-gu, Gangnam.
It is located near Subway line 3, at Sinsa Station. Sinsa is one of the hottest spots in Seoul, where street is filled with fashonistas, trendy cafes serving delightful deserts, and extraordinary restaurants.
In the midst of the metropolis, Artists’ Atelier features its own unique characteristics, decorated with the  paintings painted by the host who is also a working artist. 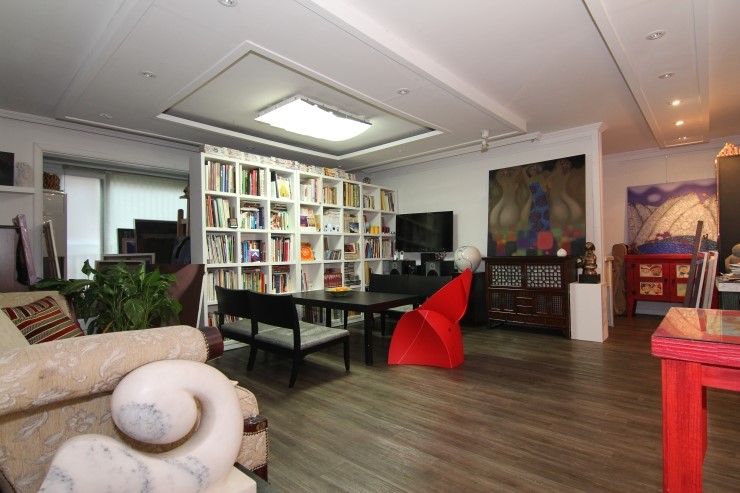 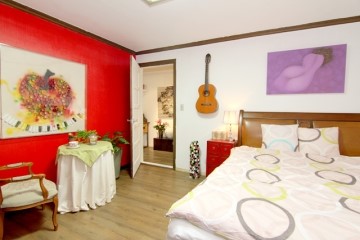 You can book Artists’ Atelier HERE at kozaza.

Google’s Eric Schmidt visited Seoul, South Korea last October, 2013 to participate in its annual Big Tent Conference. One of the hot topics discussed at the conference was Hanok, traditional Korean houses – along with recent growth in popularity of Korean pop culture.

Kozaza was also invited to the Big Tent Seoul, as a participant of Google’s Cultural Institute project; kozaza introduced Myeongjae Hanok as an exemplary figure – You can see the project here. 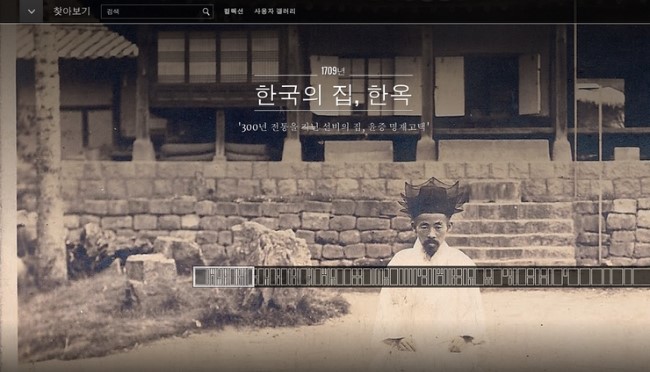 Eric wrote a memo about the Hanokstay where he visited.

A preview of Google Cultural Project : A Korean House, Hanok. 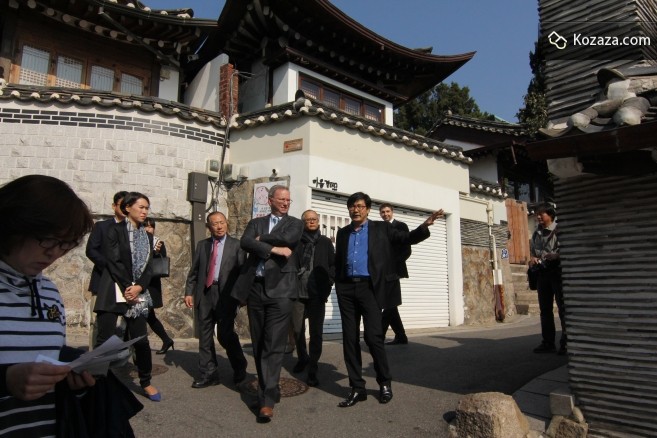 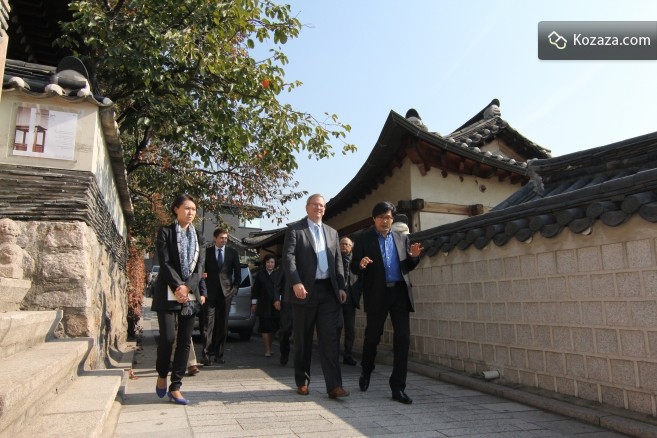 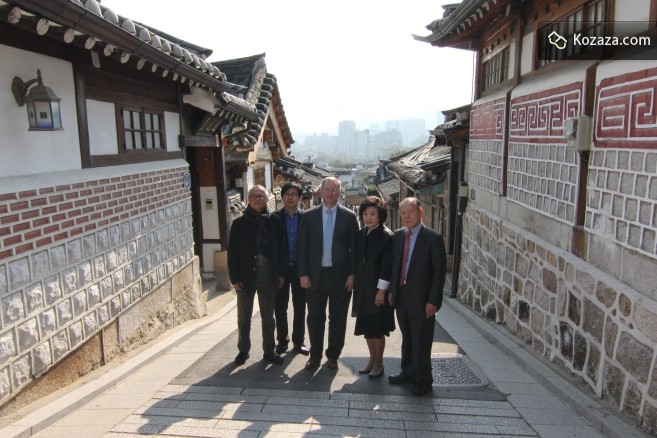 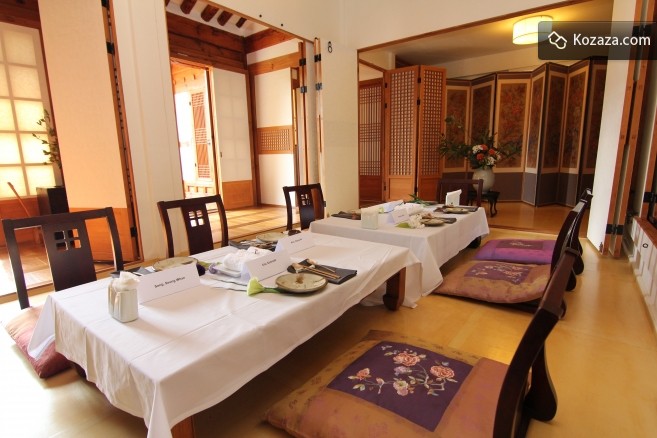 Schmidt commented on how beautiful the architecture held its grace and serenity. Chi Woon Jung served traditional Korean foods, as Schmidt and the representatives joined in casual conversation about current exploration of Korean culture from global perspective.

After the luncheon, kozaza and Schmidt joined other panels in the Big Tent 2013 – where Hanok and other subjects are discussed under the grand theme of  “Bringing Korean Culture to the World”. 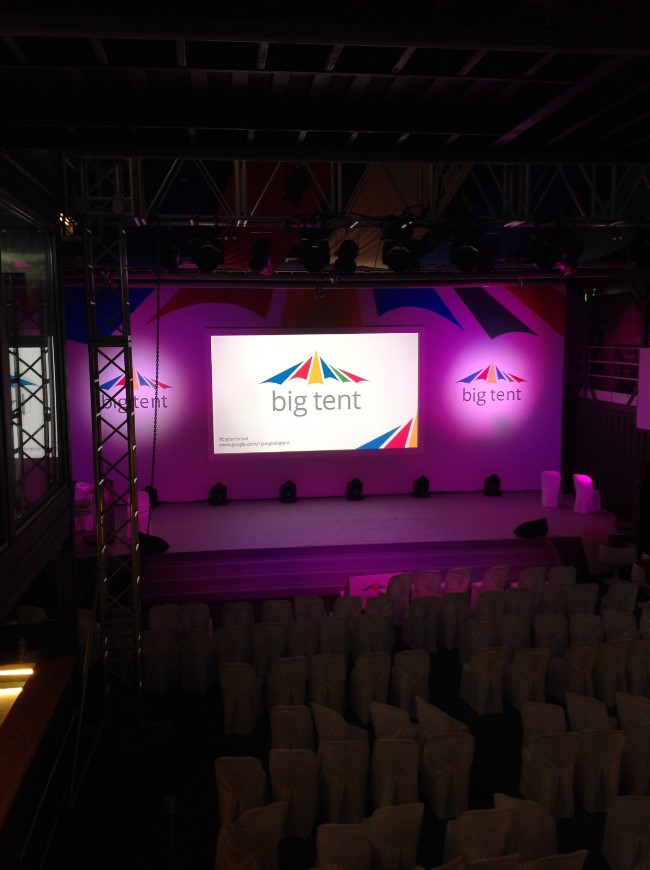 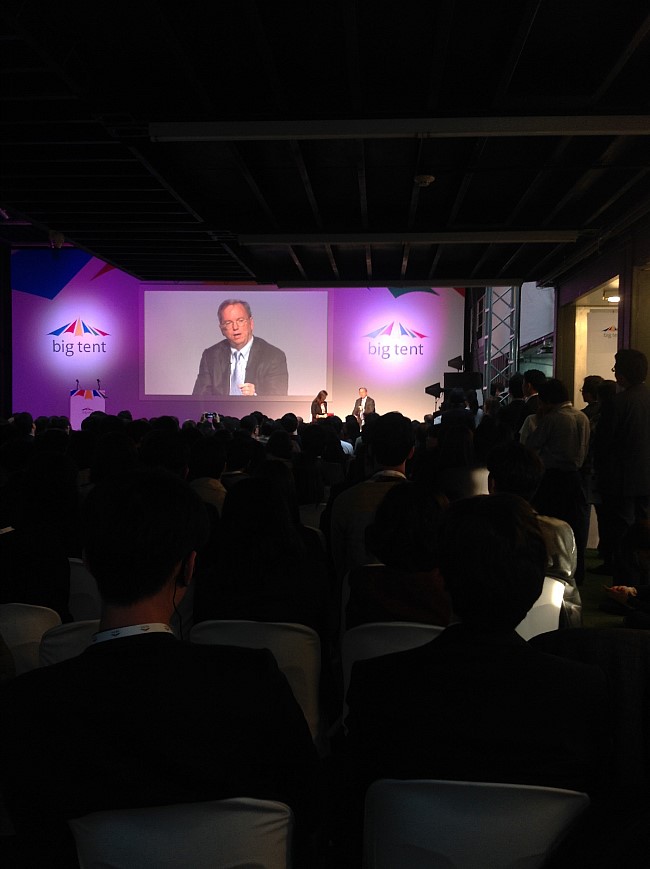 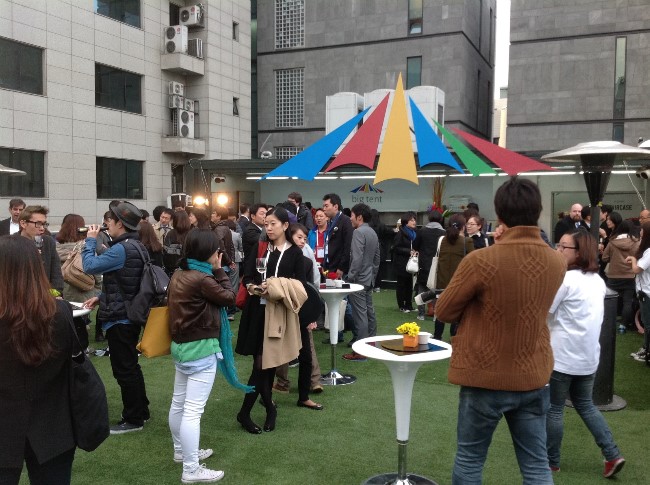 The day ended with a roof-top party, where guests engaged in social exchange with a chance to further discuss the potential held in Korean culture. Kozaza also shared its vision of bringing Hanok as a treasurable cultural entity. 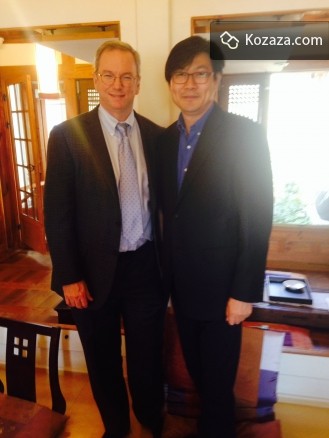 Eric with Dr. Jo, Ceo of kozaza at the Hanoksty 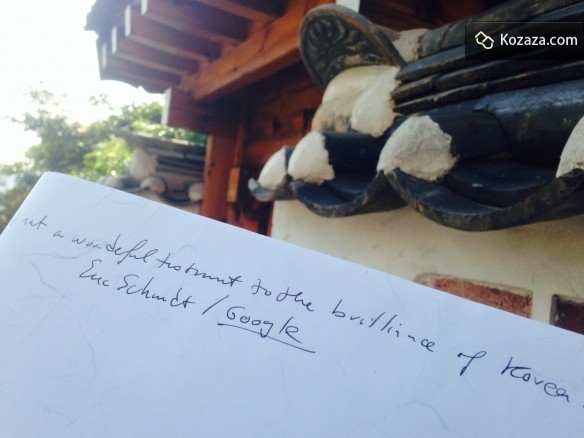 Eric wrote a memo about the Hanokstay where he visited. 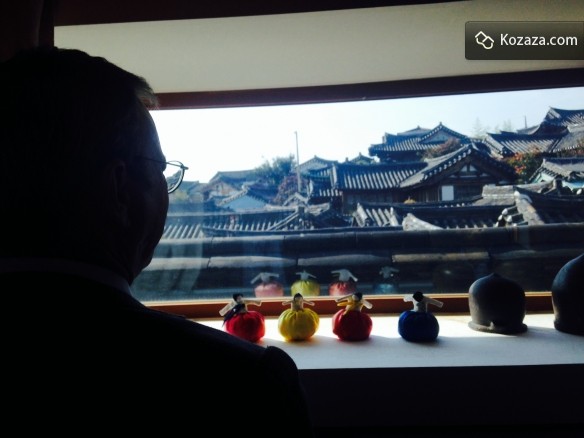 Eric looking at the view of Bukchon Hanok VIllage 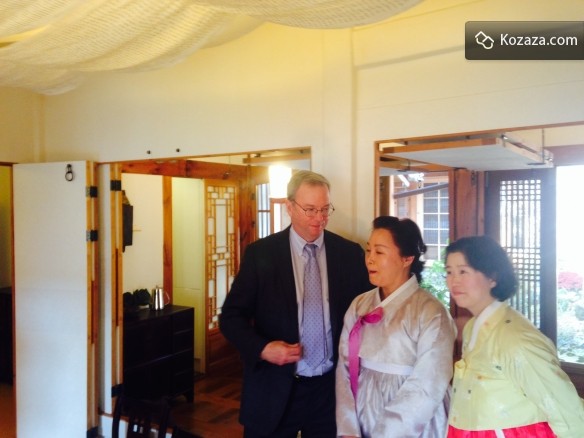 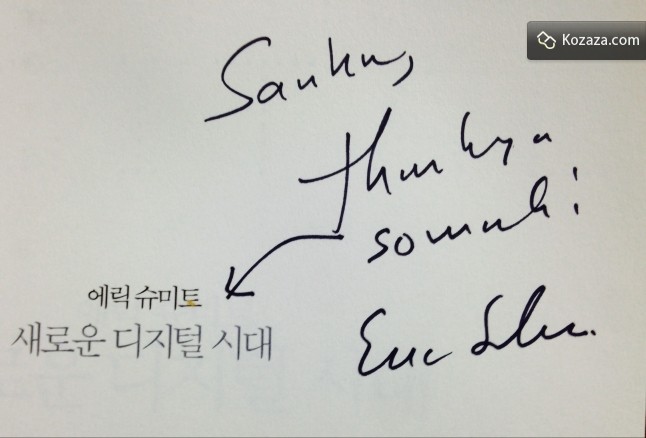